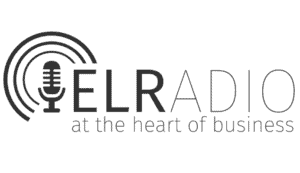 Listen to the radio interview and view the transcript below.

Announcer: Welcome to Executive Leaders Radio. In this hour you will hear directly from our region’s finest business leaders. Through each of the interviews, these high-achieving leaders become relatable role models who share how they were able to build their enterprise, their personal secrets to success, about leadership styles, and opportunities that lead ahead. Prepare to be inspired and entertained and to hear wisdom unheard elsewhere. Executive Leaders Radio.

Herb Cohen: Were back, you’re listing to Executive Leaders Radio, this is your host, Herb Cohen, with my cohosts Les Smolin, Vistage, Joe Appelbaum, Potomac Company, Steve Simon, Van Eperen, Brian Chandler, Jim Kinsel, and Nicole Reese, Protorae Law. We’d like to introduce Steve Cassaday of Cassaday and Company. He is the president and CEO of Cassaday and Company. Steve, what is Cassaday & Company? What do you guys do?

Steve Cassaday: Yes, we help people, we give them the tools they need to be good stewards of their money and make smart decisions about what to do.

Herb Cohen:  And what kind of assets? What kind of dollars are you managing? Give us an idea

Steve Cassaday:  We manage 2 billion dollars on a discretionary basis.

Herb Cohen: 2 billion dollars and how old is this business?

Steve Cassaday: The business was started in October of 93’ so we’re looking at our 23rd year.

Herb Cohen: Excellent, and you started the business where are you from originally?

Herb Cohen:  Alexandria, Va. When you were a kid what kind of sports did you play?

Steve Cassaday: I didn’t really play sports, had a head injury when I was younger, so I really couldn’t do much in way of sports, I ended up playing the drums.

Herb Cohen: Wait, you had a head injury? How old were you? What happened?

Steve Cassaday: I rode my bike off a cliff when I was 8 years old.

Herb Cohen: Uh oh, this was a serious injury!

Herb Cohen: What did that do to you? How did that affect you?

Steve Cassaday: Opinions vary on that question, but it prevented me from any contact sports, basketball, football wrestling, none of that was in the mix for me.

Herb Cohen:  You ended up getting involved with a band, and how young were you when you ended up doing that?

Steve Cassaday: I got my first drum set when I was 10 and started messing around with other musicians probably just before I was 11 and we started playing gigs when I was 12.

Herb Cohen: You told me that as opposed to playing sports you played in the band and that had a certain effect on your personage and your development, tell us a little bit about that and also in your pocketbook.

Steve Cassaday: It did and the interesting thing about it was people actually paid us to play, which I would’ve paid them to let us play. The fact of the matter was we could make money. Also, I noticed that there was a business dimension to being in a band. It wasn’t just playing music. There were booking gigs…

Steve Cassaday: Well, getting jobs, I mean actually approaching people and saying you know “you’re having a birthday party how about our band plays at the birthday party and you pay us $100?”

Herb Cohen: So you were involved with marketing and promotion when you were 10,11,12 years old, how about moving the equipment around and maintaining the equipment? Who did that kind of stuff?

Steve Cassaday:  Well when we were younger it was moms and dads and station wagons but when we got older we had to actually have a van so we had to go out and buy a van and pay somebody to move the equipment for us…it was a business

Herb Cohen: No kidding! You were shown these proclivities in terms of organizing the team because the bands a bunch of team members isn’t it?

Steve Cassaday: Yes, it is.

Herb Cohen: Promoting the band and organizing all the details around it…do you see similarities between that and building this firm that now manages $2 billion in money?

Steve Cassaday:  Well, I think it’s just a matter of recognizing, I think people who are entrepreneurial recognize problems and try and solve them, and when the solution to the problem happens to end in growth for a business or some kind of enterprise then that’s a positive, I think it’s a trait that I think all entrepreneurs have

Herb Cohen: I understand. How many brothers and sisters do you have?

Steve Cassaday:  I have an older brother and an older sister.

Herb Cohen: What was the effect of growing up with a brother 12 years older and a sister 7 years older than you?

Steve Cassaday:  I think the effects were profound because their friends were much older and so it was different than having an older brother that was maybe a year or two older, having a brother that’s 12 years older who’s in college when you’re still young was big, it was a big deal, I got a completely different perspective

Herb Cohen: Is that one of the reasons maybe you felt comfortable dealing with older people and managing their money because your parents were older and your brother and sister were older and everybody’s friends were older?

Steve Cassaday: Yeah, having to have conversations with people that are 10 or 12 years older than you when you’re 9 or 10 years old has a big impact on how you approach people and how you interact with them.

Herb Cohen: What was your nickname as a kid?

Herb Cohen: What do you mean buddy?

Steve Cassaday: Well, when I was little my dad used to call me stuffy and I couldn’t pronounce it because I had a speech impediment so it came out buddy and one thing led to another.

Herb Cohen: What did dad and mom do for a living?

Steve Cassaday: My father was a career army officer and my mother was a homemaker.

Herb Cohen: Les, what do you got?

Les Smolin:  You had mentioned to us earlier that you were unemployable, but somebody recognized that you had a gift for something. That was your wife?

Steve Cassaday: I think I’m certifiably unemployable, you are correct, I had trouble working for anybody else; my wife recognized that about me and good things that make marriages work is that people see things as positives others see them as negatives, she told me that I should start my own business for quite a while and I didn’t listen to her which was a mistake.

Les Smolin:  What did she see in you that says this is what you should be doing and not what you were doing?

Steve Cassaday:  I think she saw that I was usually right when I was complaining and making suggestions and it was frustrating for me that big organizations were unable to make changes that they needed to make and the way that I could do it would be to have a business where I could control the outcomes.

Herb Cohen:  Brian, you have a question there or Jim? Quickly?

Nicole Reese:  You work with your clients a lot of money is that stressful?  I want to hear about what you have vested in helping these folks grow their money.

Steve Cassaday:  I don’t really get stressed; it is stressful by definition but I don’t get stressed because I worked hard to condition myself not to let stress bother me it’s something that takes a lot of practice.

Jim Kinsel:  You talked about the speed bump when you first started your firm and overcoming that. Can you explain that on the air?

Steve Cassaday:  Well speed bumps were every day, basically like all entrepreneurs but we had some. I ended up getting dismissed from my previous firm because they found out I was planning on leaving so we left prematurely, weren’t really prepared, and that was the beginning of basically 5 years of nonstop challenges every day, new and different things.

Herb Cohen: Yeah, but you were making a lot of money those first five years, weren’t you?

Steve Cassaday: No, no I wasn’t. We spent our entire life savings starting the company, I didn’t take a paycheck for 5 years and borrowed from credit cards to make payroll.

Brian Chandler:  You talked about how when you were an employee you found yourself complaining about the way the institutions handled things, what made you care about these issues?

Steve Cassaday: Because it would reflect on me. If you come into work one day and the company you work for is on the front page of the Wall Street Journal for some kind of scandal, it’s not helpful for your business.

Steven Simon: I’m thinking back to this accident that you talked about, this thing that really changed you as a young person, didn’t do sports and all that how does that affect you going into something that is a risk business? I would think you might be a little risk-averse?

Steve Cassaday: Well the thing about it is it conditioned me to think differently than everybody else. Everybody else is playing sports, talking about sports, I really didn’t have any interest in that, I was doing other things and as a consequence, I saw things that other people didn’t see at a very young age and that was a very positive experience for me.

Herb Cohen: Kind of made you an outsider though in a sense?

Steve Cassaday: It did.  I still am an outsider.

Herb Cohen: What do you mean? How do you see that?

Steve Cassaday: Well, I mean I consider it when I went independent in 1993 and everyone was like what’s that mean? What’s independent mean,

Steve Cassaday:  It means we’re not owned by a bank or a brokerage firm or Wall Street firm.

Herb Cohen: When did you do that?

Herb Cohen: That was pretty odd at that time, wasn’t it?

Steve Cassaday: It was very odd, people didn’t understand it, in fact, clients we had to work hard to explain…

Herb Cohen: It took a lot of guts to do that.

Steve Cassaday: It did and or a lack of common sense…one or the other.

Herb Cohen: Where did the guts come from? How did that develop?

Jim Kinsel:  You use the word Wall Street like other four-letter words; what was the flaw that you fixed?

Steve Cassaday: When you work with a specific client you want to be able to look them in the eye when they ask you the question “what should I do?” and say based on my training and my experience, this is what you should do without any other agenda or motive and I couldn’t do that in the other environment.

Brian Chandler:  Going back to your youth when you were involved in this band were you the manager of the band?

Steve Cassaday: I was

Brian Chandler:  Did that somehow inculcate this ability in you to try and take responsibility for the enterprise?

Steve Cassaday:  It did, and you know the funny thing about it, when you manage, the first time anybody manages, you realize people who were formerly your friends are now are your employees, it’s a completely different relationship and it’s quite shocking, it’s a culture shock.

Steve Cassaday: It is Cassaday.com. 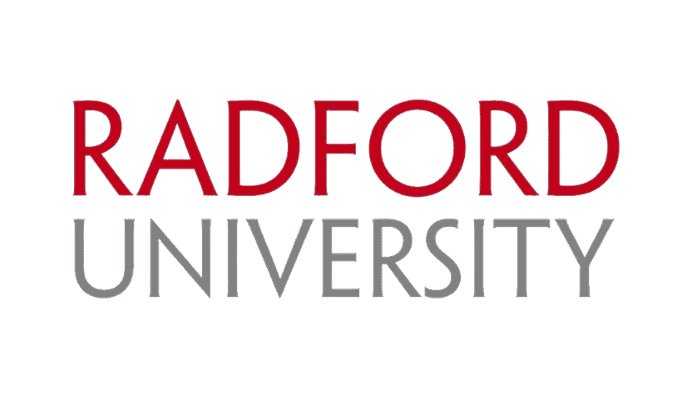