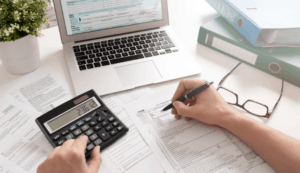 The argument for lower tax rates stems from an assumption that if Americans get to keep more of their own money, then those dollars will go directly into the economy instead of into wasteful government programs. This translates directly and efficiently into economic growth and is an essential building block of economic prosperity. Higher tax rates on capital and income are disincentives that dampen and discourage growth.

Ironically, there is no question that increases in tax receipts (along with massive spending cuts) are required if we hope to reduce these projected deficits. The best outcome is not higher tax rates, but rather higher total receipts resulting from greater profits and higher income growth. What some find hard to understand is that this springs from a business-and investor-friendly tax climate, not from higher rates of taxation.

Higher tax rates, especially on the most productive Americans, take money from those who can multiply capital and give it to the world’s worst money manager —Uncle Sam. With a proven record of eye-popping waste, inefficiency and fraud that would make Bernard Madoff blush, big government can be a black hole for America’s limited capital. Funding a bonfire of boondoggles at the expense of successful capital investment by the private sector is a long-term no-win situation —just look at Greece. Higher tax rates on the most productive and entrepreneurial Americans is like taking the Caps’ Alex Ovechkin off the ice because he is scoring too many goals —and still expecting to win the game.

It is true that the majority of tax-reduction benefits go to the wealthiest 1 percent of taxpayers. Proponents of higher tax rates say that those dollars would have funded many other very deserving and needy programs. Unfortunately, as with most sound bites, the statement is misleading and dangerous. Despite the talk about deficits, joblessness, helping the poor, funding health care and so on —all of which are important —our society’s survival depends totally on a vibrant, diversified and free economy that encourages investment in plants, equipment and people.

Such an economy, in turn, depends on people who are willing to take risks and make such investments. These risk takers usually are, or will be, the top income earners. Without risk takers, mankind would still be hiding in caves. Many of my affluent clients are small business men and women who must make spending decisions every day. In my experience, these people are not chauffeured, caviar-consuming, champagne-sipping, country-club fat cats. They are average Americans who have demonstrated an ability and willingness to deploy capital in ways that create more capital —the very definition of economic growth. We need to encourage them to continue doing this because economic growth, not more wasteful and often ineffective government programs, is what ultimately generates higher tax receipts.

Although the concept of lower tax rates resulting in higher tax revenue is counterintuitive to many, it is undeniable. Lower rates mean increased growth, which means increased tax revenue. As a small businessman the decision to preserve the tax rates and increases in tax incentives for purchasing equipment will allow me to do things I might not otherwise do. I will spend my tax savings (and then some) on office improvements, new computer systems and new employees. There is a direct connection between this spending on my part and tax policy. I could not have done it if rates had gone up on my earned and investment income. In the last few weeks, we have had plumbers, painters, carpenters, electricians, HVAC techs and others working in our office. I have purchased carpeting, furniture, computers, network equipment, wiring and other goods and services.

Americans are benefiting directly from this activity and will take their paychecks and spend some, save some and —thanks to President Barack Obama’s wise decision to maintain the Bush-era tax rates —send less to Washington, perpetuating the cycle of growth.